Have you ever googled Mermaid sightings? You are bound to find plenty of documented accounts of people seeing a half fish, half human creature in the water, or on the beach! Here are a few in the last 100 years that might peak your interest and make you a believer! 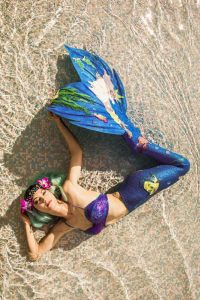 During the 1940s, Japanese soldiers were stationed on the Kei Islands of Indonesia and had some really interesting accounts of Merpeople. The local villagers knew these creatures as “Orang Ikan” which means human fish. A man named Sargent Taro told the village chief is one was ever captured to inform him immediately. One day, he found himself face to face with a creature he describes as:

“Roughly 4-foot 9-inches tall, pinkish skin, human looking face and limbs, spikes along its head, and a mouth like a carp.”

This famous mermaid sighting is still up for debate. In 1967, a group of tourists were on a ferry in Canada and spotted a topless woman with silvery blonde hair on the beach. When they looked closer, they saw she had the lower half of a fish, and looked like she was eating a salmon. The news went wild and the city actually offered $25,000 reward if the mermaid was caught, or came forward as the hoax. No one ever did. Some swear she was real, and others are still skeptical. What do you think?

This story is really hard to debate. Leicher, a diver for Jack’s Diving Locker off the coast of Kawai said:

“I feel very lucky that I’m the one to finally prove to the world what people here have known for half a century,” says Leicher.

“The Kaiwi Point Mermaid is real.”

The story goes, he was scuba diving one day with a group of tourists, and all of a sudden, they all began to scream and point in the water. When he looked, he first thought it was a naked woman swimming. A second later, she jumped out of the water and had the lower half of a fish. Shocked and frustrated he didn’t get a picture, Leicher went on with his day.

Later on, he was taking photos of underwater life and felt  the water moving above him. Leicher found himself yet again seeing the mermaid and got a photo of it this time for proof.

Click here to read the full story and see pictures.

This is one of the most famous sightings you can find on the internet. In 2009, about a dozen people near Kiryat Yam Israel said they saw a mermaid frolicking in the waves near the shore. This happened multiple times as people testified that they did see a mermaid. The Israel government finally took notice and issued a $1 Million dollar reward for anyone that could capture some real footage of the Israeli mermaid! Sad to say, that $1 Million dollars is still up for grabs if anyone can prove the mermaid sighting was real.

This last account is definitely the spookiest of them all. In the country of Zimbabwe, a dam was being worked on but was never finished because a mermaid kept scaring the workers. The resident workers vowed they would not return to the sight because of the mermaid. The government had to resort to hire outside help from neighboring countries the exact same thing happened to the new workers. To this day, the dam is still not finished. 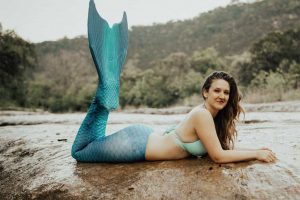 Molly is the owner of the blog Everything Mermaid and enjoys writing articles not only for her blog, but other mermaid sites. She specializes in mermaid folklore as well as mermaid facts, and mermaid sightings.

Thank you Molly for this great article 🙂

Sing this petition to help Dolphins